Which Nut Milk Is Right For You? 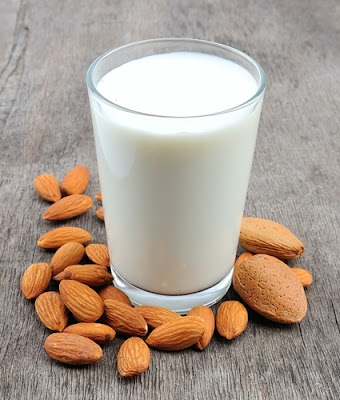 If you’re lactose intolerant, vegan, or would just rather not consume dairy, there are many dairy-free milk options on the market for you to choose from. Each option has its own unique nutrition benefits, flavor, and consistency.
It can be a bit overwhelming to choose the right milk alternative when you’re at the grocery store, so we’ve taken a closer look at some of the most popular nut and seed milk options. Read below to decide which is the best choice for you!
Soy milk – The most popular of nut milks, soy milk is derived from the soy bean and is packed full of protein. It’s a great alternative to dairy milk on cereal or in coffee because of its neutral flavor. The downfall of soy milk is that it is highly processed, and the benefits of adding soy to your diet are highly debated.
Rice milk – This is the most hypoallergenic option of all alternative milks. It is also very low in fat and high in niacin and vitamin B6, which are very good for your blood pressure. Rice milk has a sweet flavor, and, like soy milk, many people prefer to use it in cereal, oatmeal or beverages. However, just one cup of rice milk has 33 grams of sugar, which is about 3 to 4 times more than soy milk so it is a good idea to incorporate other milks into your diet as well if you plan to drink rice milk.
Coconut milk – Coconut milk is the richest and creamiest dairy-free milk option. If you buy a can of high fat coconut milk, the texture and consistence is much like heavy cream. However, it can also be purchased in a carton, which tends to have a lower fat content and isn’t as thick. Coconut milk is high in saturated fat, so it’s a great option for more decadent uses like flavoring rice or making curry.
Almond, cashew, and hazelnut milk – There are several varieties of nut milk on the market now. The most common are almond, cashew and hazelnut. Almond milk in particular is high in protein and magnesium, which is good for bone strength. It is also high in vitamin E and has much less sugar than soy or rice milk. Nut milks tend to have a very nutty flavor, so they are a good option to use in vegan baking or cooking.
Hemp milk – This option is great for people with nut or soy allergies. Hemp milk is very high in omega 3 fatty acids and low in saturated fat. It is very creamy and thicker than many nut milks, although it does have a strong nut flavor.
Most of the alternative milks that you can buy at the grocery store are highly processed, and almost all of them, especially flavored versions, have a very high sugar content.  Luckily, many nut milks are easy to make at home. We found this recipe from IIN graduate, Diana Chaplin for almond cashew milk that is simple and easy. Give it a try next time you want to incorporate nut milk into a meal!
Delectable Almond, Cashew Milk
Ingredients
Instructions
What is your favorite alternative milk?

Thank you for joining the conversation! Jess will be replying soon!